The tradition of pantomime is hundreds of years old; thought to have originated in the 16th century Italian street theatre tradition of commedia dell’arte before spreading through Europe and gaining popularity in England by the mid 17th century. The 18th century saw the commedia character ‘the Harlequin’ emerge to precedence as the star of the pantomime, along with his wooden slap stick (a wooden bat which produced a loud smacking noise but little force, allowing actors to hit one another without injury). In the 19th century the 1843 Theatres Act lifted the restrictions on using spoken word in performances (previously only allowed in theatres with a royal patent) and allowed Victorian pantomime to flourish. The resulting addition of verbal dialogue, puns, social commentary and audience participation provided a format that would be recognised by many theatre-goers today. The 19th century also saw the gradual replacement of harlequinades with pantomime story lines taken from folk tales, fairy stories and nursery rhymes. Mother Goose is often hailed as the grand old dame of pantomime; with the story dating back to an ancient Greek legend. It first appeared in 1806 as ‘Harlequin and Mother Goose or The Golden Egg’, though bearing little resemblance to the story we know today. It may also be in the running for the most popular pantomime ever; being rumoured to have opened on Boxing Day 1806 and played for 92 consecutive nights! The modern version owes its origin to the 1902 version created for Victorian pantomime’s most famous dame: music hall star Dan Leno, who performed as the Drury Lane Theatre Royal’s pantomime dame for 15 years, from 1888 until his death in 1904.

In recent years the Northcott Theatre’s pantomime has become synonymous with Christmas for many theatregoers in Exeter, resurrecting the strong tradition of pantomime set by it’s predecessor. Exeter’s Theatre Royal often put on several pantomimes a year (the current view of pantomimes as specifically a Christmas show being a relatively recent development); in fact a search of our Theatre Royal playbills collection (EUL MS 202) shows 126 playbills for pantomimes performed between 1893-1953! However, despite this long history, the yearly pantomime is a relatively recent trend for the Northcott, which historically put on a family show or musical each year.

After opening in 1967, the Northcott Theatre’s christmas show for it’s first two years (with a reprisal in 1975) was ‘Big Noise at Fortissimo’. This eclectic show followed the story of a troop of abandoned toy soldiers reclaiming their fort from the new toys that had taken it over, and was written by the Northcott’s writer-in-residence Bernard Goss and actor Paul Starr. These family friendly productions, part musical, part play, and with pantomime elements, continued with ‘The Adventure’s of Noah’s Ark’ and ‘The Fantastic Fairground’ (also by Bernard Goss) until Artistic Director Tony Church stepped down in 1971 and Jane Howell took the reins. 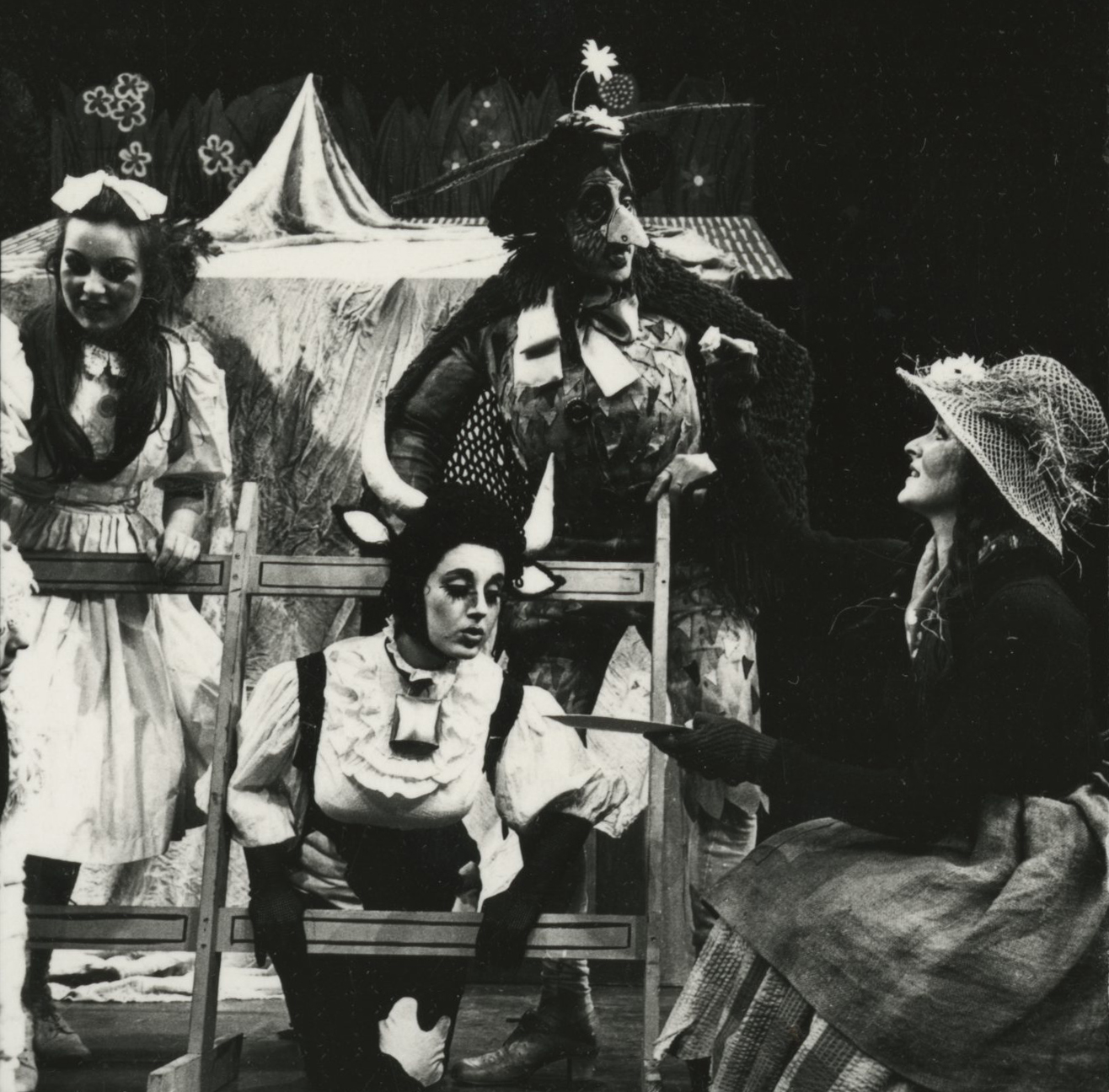 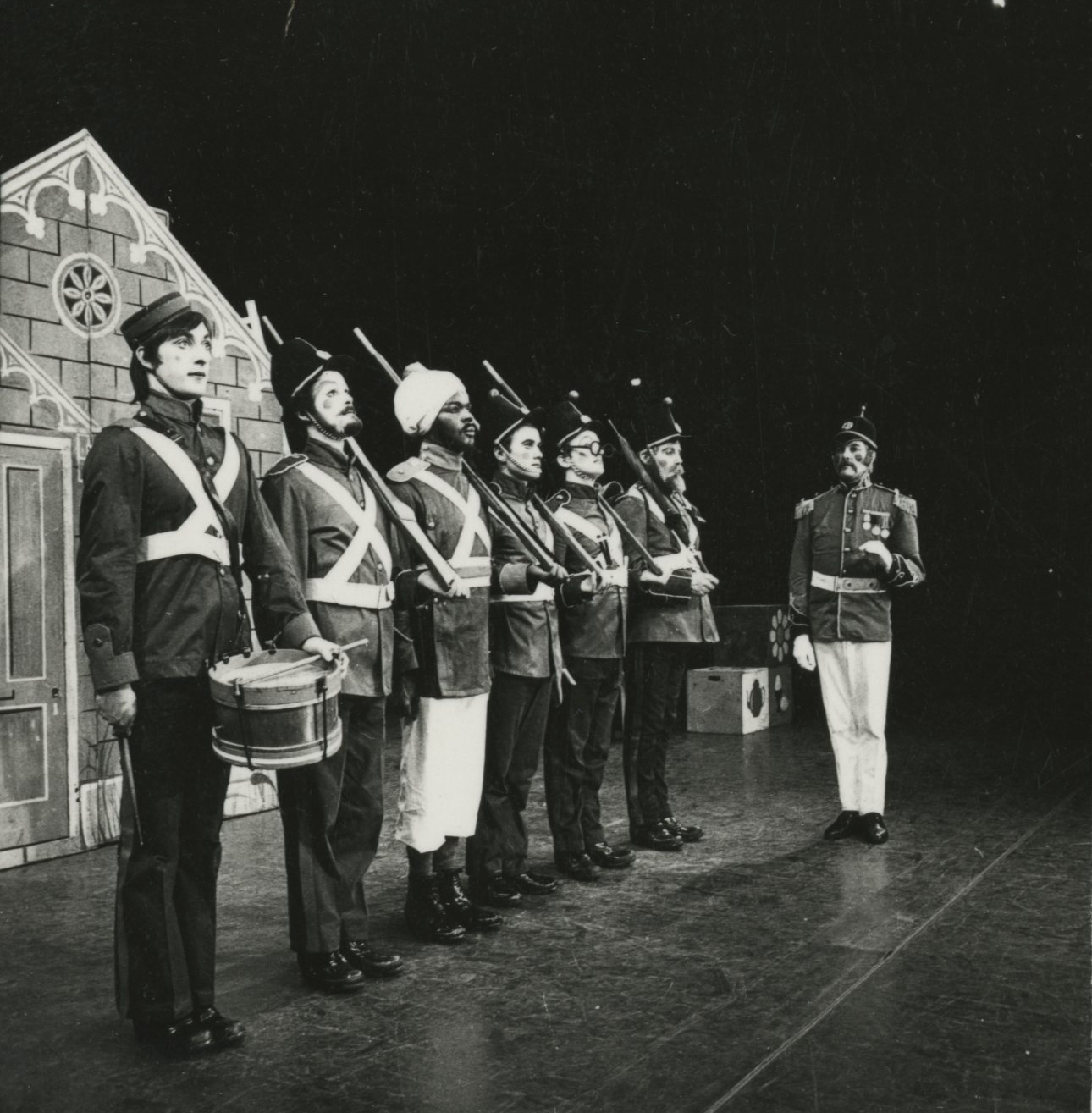 Jane Howell, Artistic Director from 1971-74, is often credited with the introduction of the Christmas musical production. This tradition began in 1971 with ‘Guys and Dolls’ and was continued by subsequent artistic directors. As with many of the Northcott’s early shows these musical productions often contain fun glimpses of famous faces early in their careers. If you look closely at the last two photos of ‘Guys and Dolls’ below you can make out a young Robert Lindsay playing the role of Benny Southstreet. 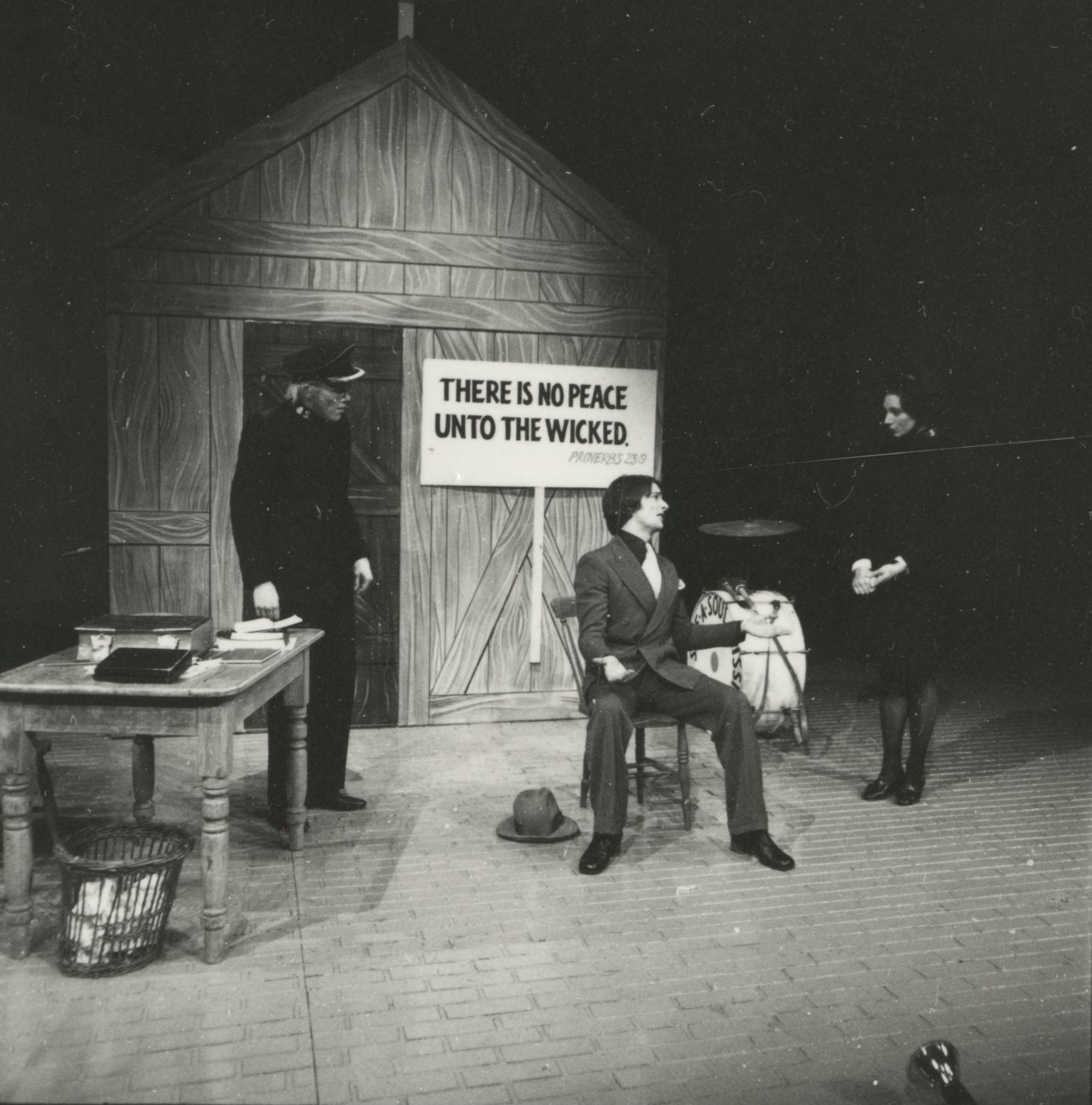 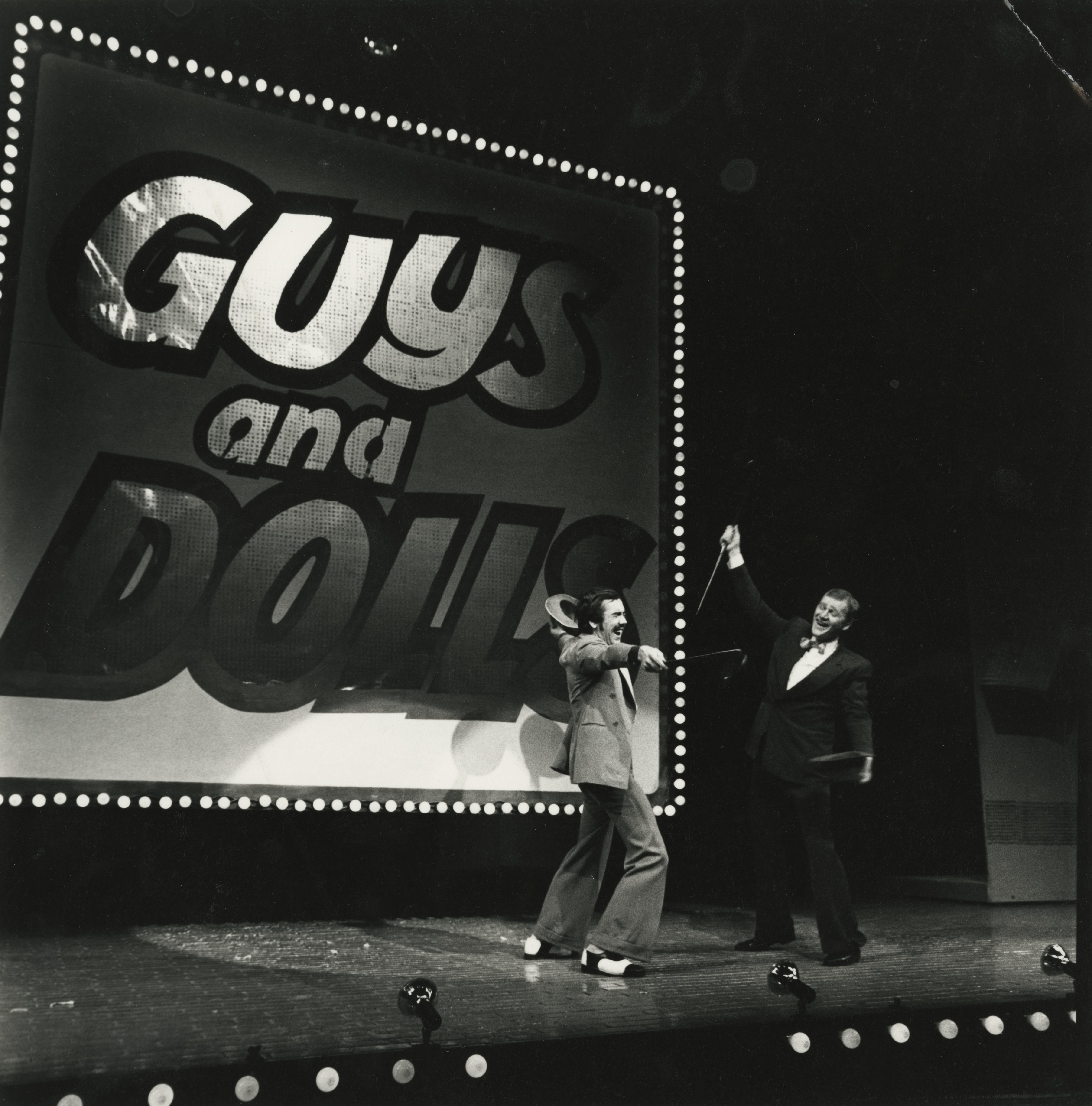 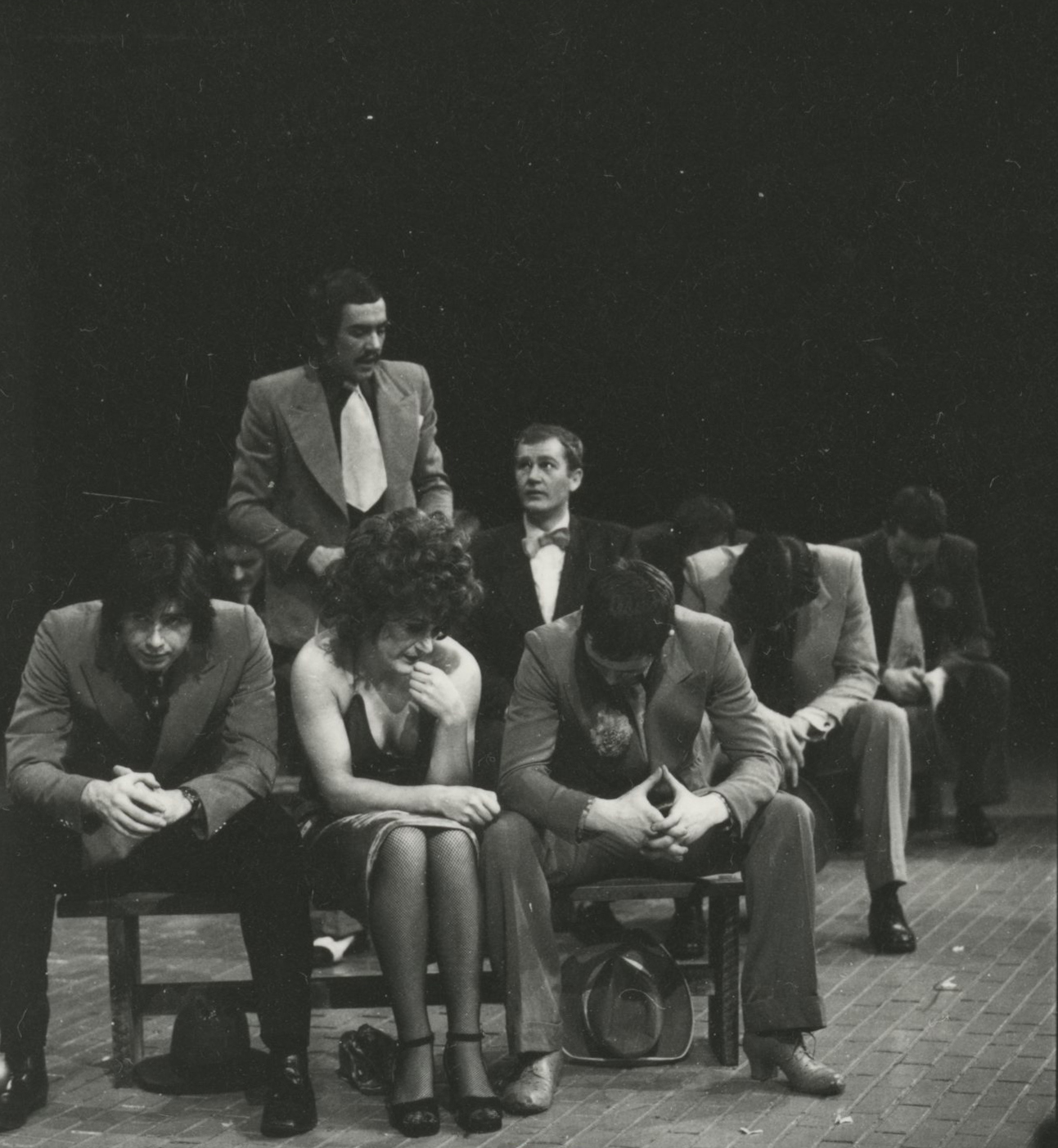 During the late 1970’s and 1980’s fairy tales and children’s stories began to become common choices for Northcott Christmas shows. Many of these shows revolved around the same fairy tales that form the basis for much loved pantomimes and. despite being primarily billed as family shows or musicals, many of these shows embraced some pantomime elements, particularly with regards to staging and illusion. Flying systems, trapdoors, elaborate scene changes and the perilous star trap are all used to contribute to the illusion and suspended reality of pantomimes; far from being a cheap show, pantomimes often have some of the most complicated and costly set design, and the smooth performance of scenes relies on perfect timing by both the actors and stagehands. Many of the stage plans and set designs in the Northcott Theatre Archive show a similar level of intricacy in these Christmas family shows and musicals, with complex sets used to create mystical lands. A quick look at these shows again reveals a number of famous names, with Raymond Briggs (creater of ‘The Snowman’) making his debut as a theatre designer for the Northcott’s production of ‘Toad of Toad Hall’ (1984). Sadly my personal Christmas wishes have failed to come true and the archive has so far failed to reveal a picture of Celia Imrie in what i’m sure would have been a seminal role as ‘The Christmas Pudding desirous of remaining in tact’ in ‘The Adventures of Alice’ (1976). 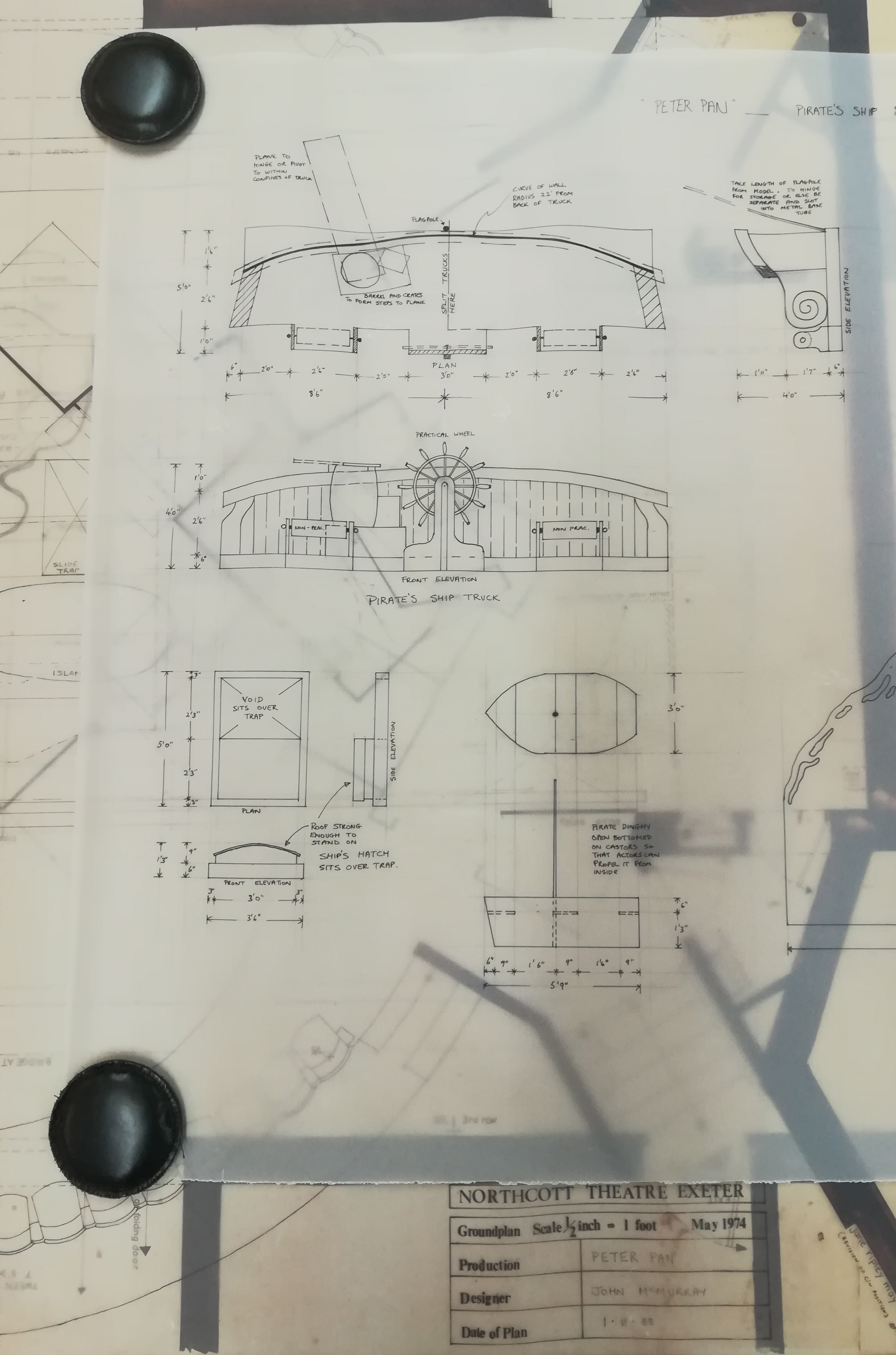 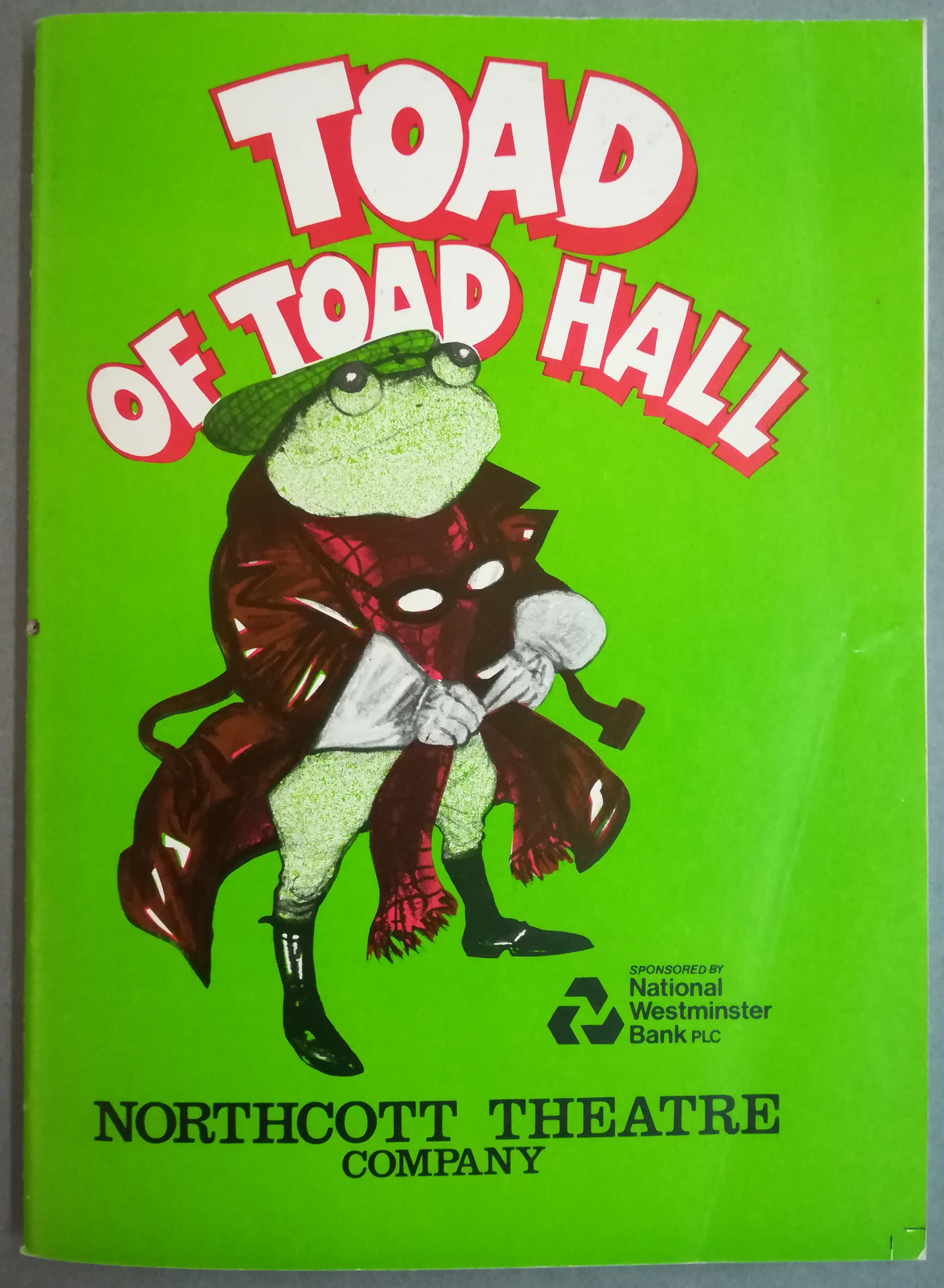 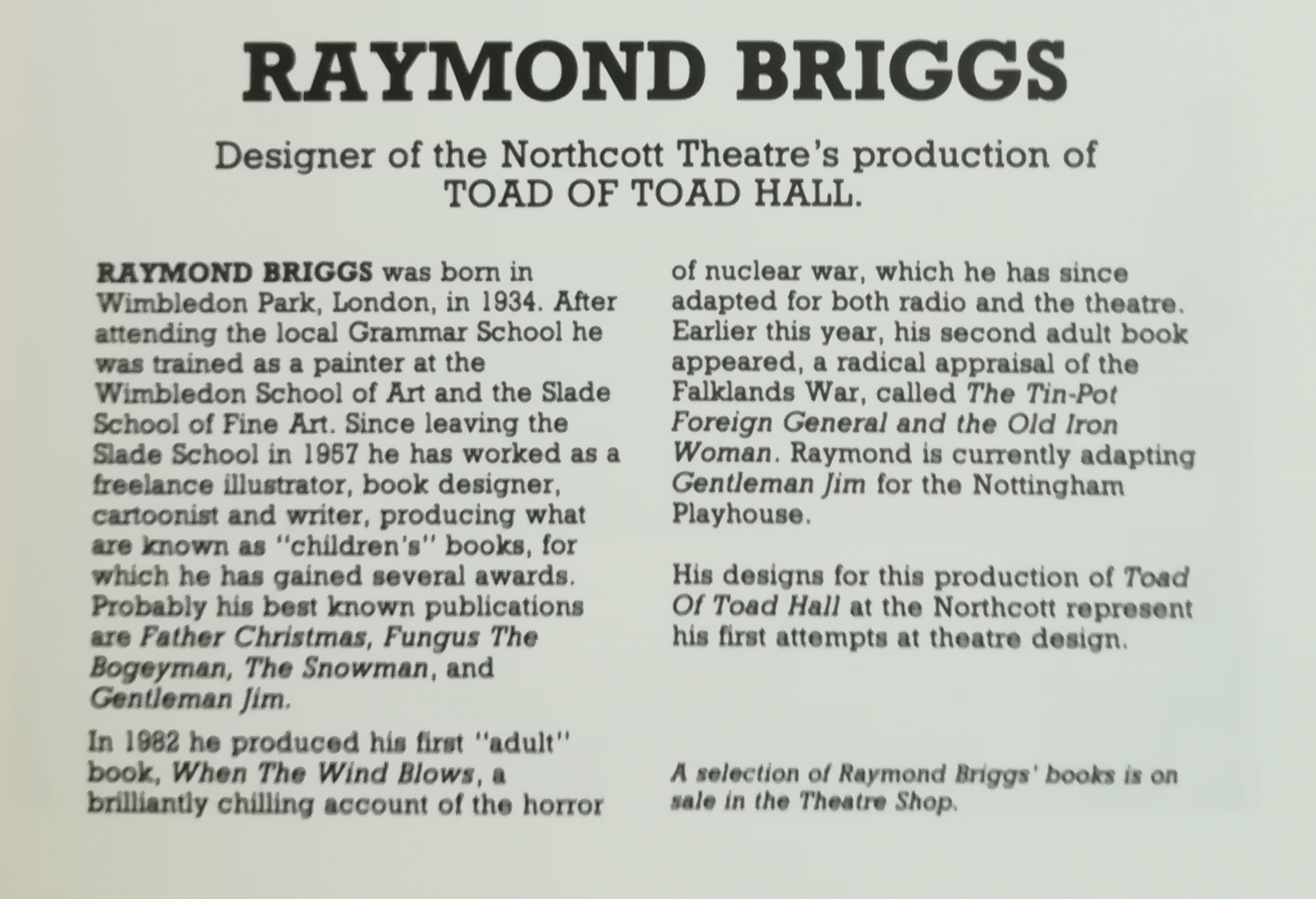 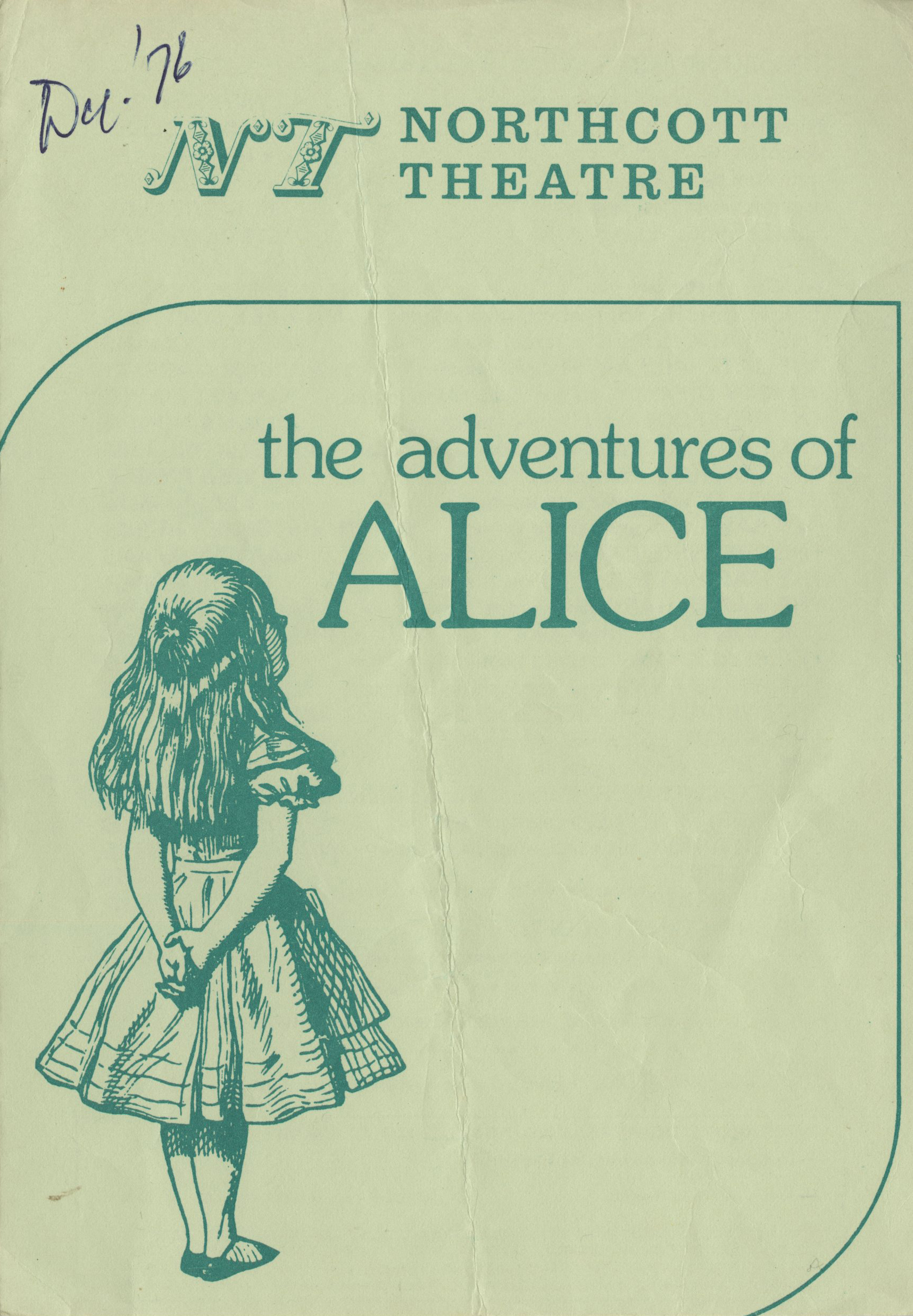 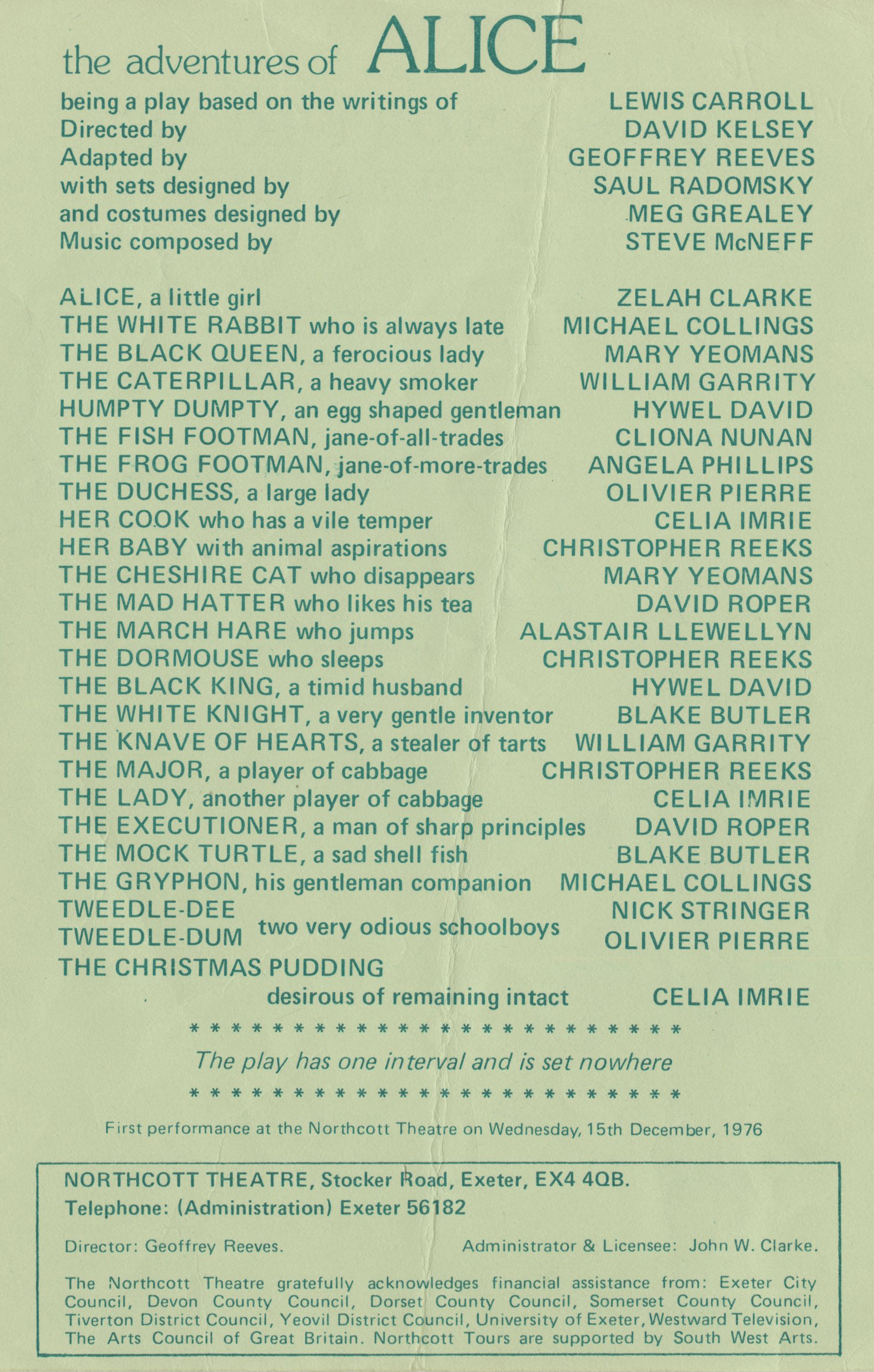 Despite the pantomime elements of the Northcott Christmas shows in the late 1970’s and 1980’s, actual pantomimes were uncommon, with only two shows being billed as such before the 1990’s. The 1978 production of Cinderella has the honour of being the first Northcott pantomime, with all the traditional trappings including a principal boy, pantomime dames, a fabulous transformation scene for the ugly sisters, a real horse pulling a carriage on stage and Imelda Staunton starring as a sugar-wouldn’t-melt Cinderella. Despite a successful run, there would only be two more pantomimes performed at the Northcott in the next 17 years; Aladdin (1981), starring prominent black actor Thomas Baptiste as the Genie, and Sleeping Beauty (1990). 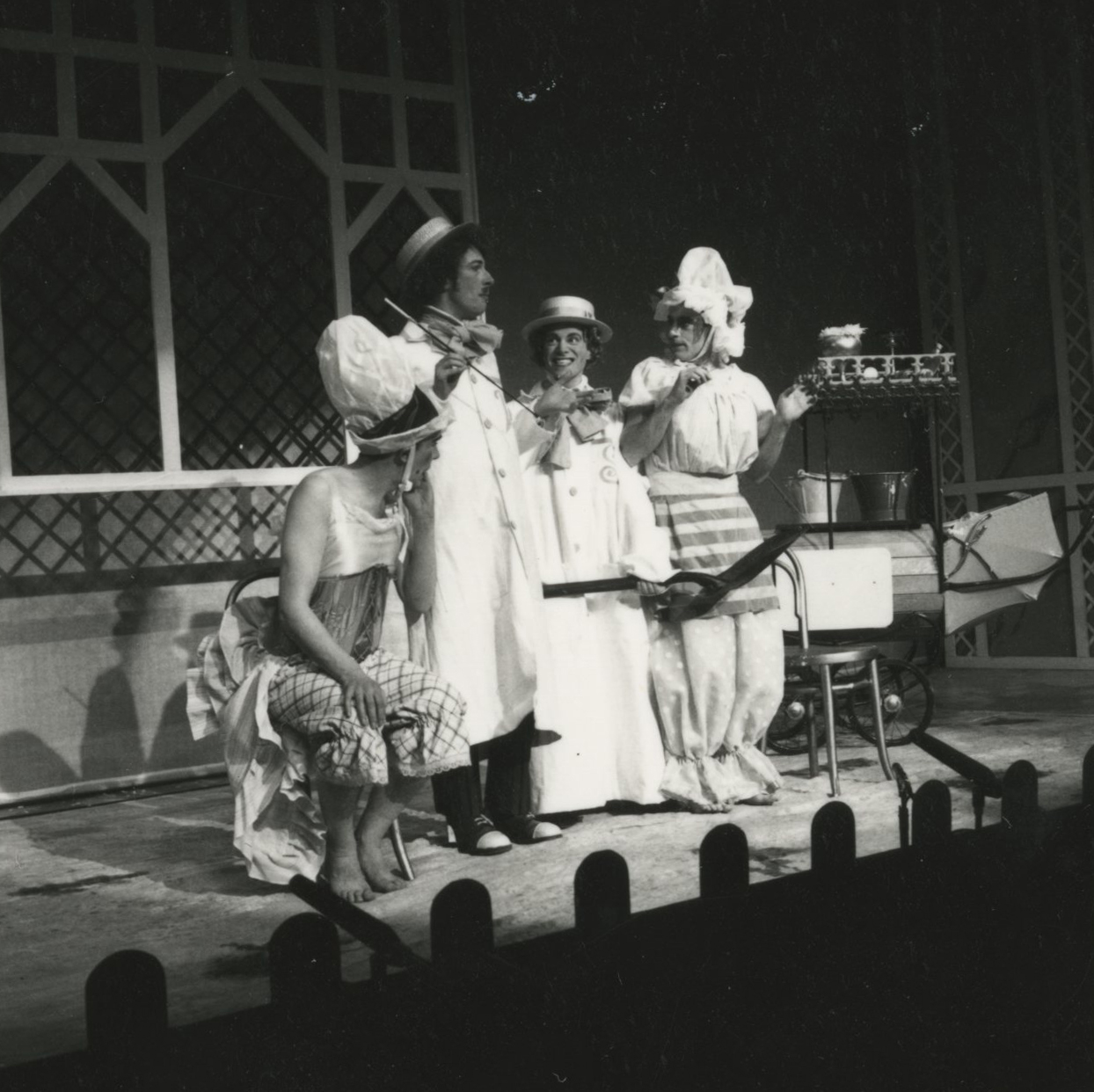 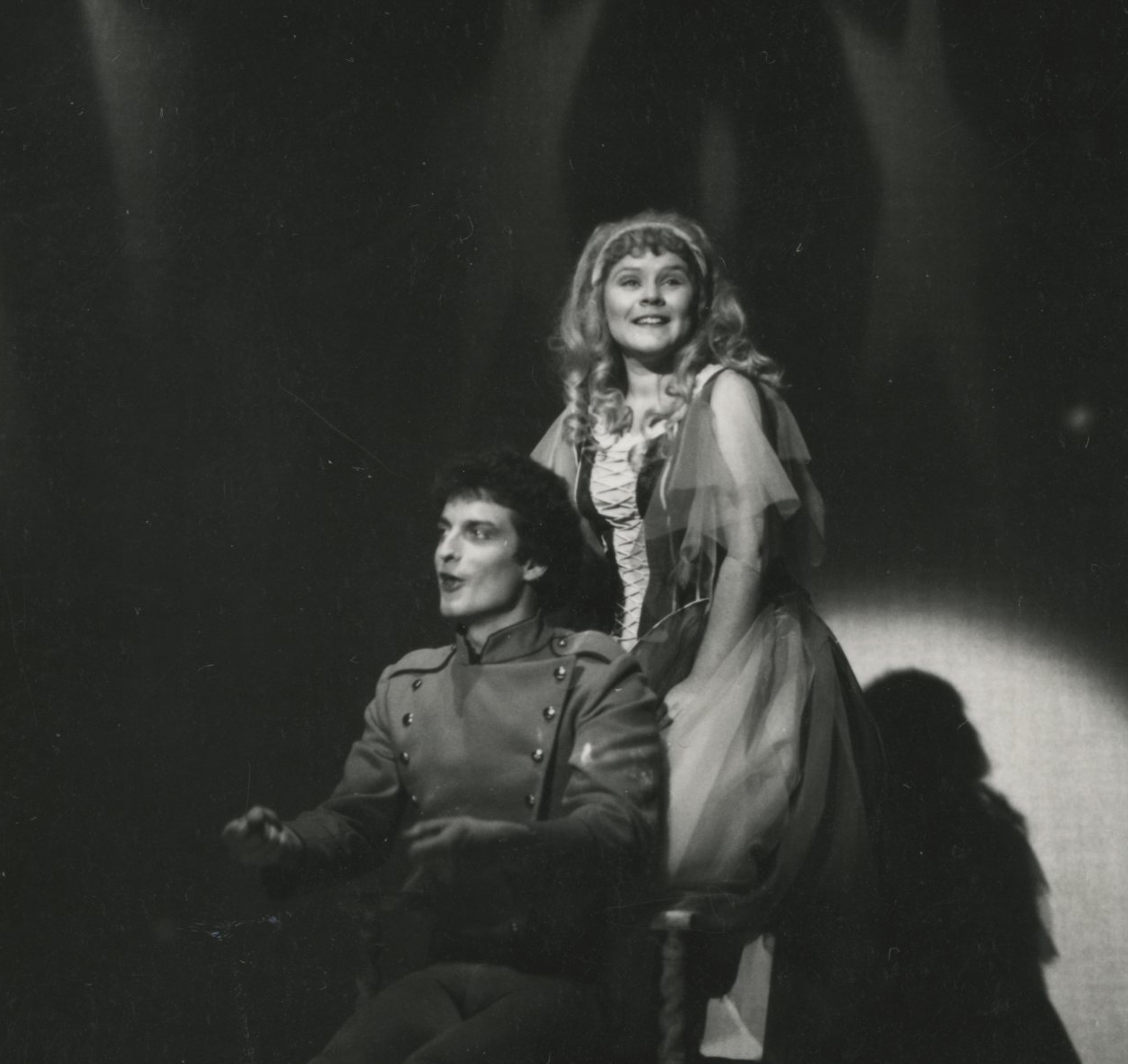 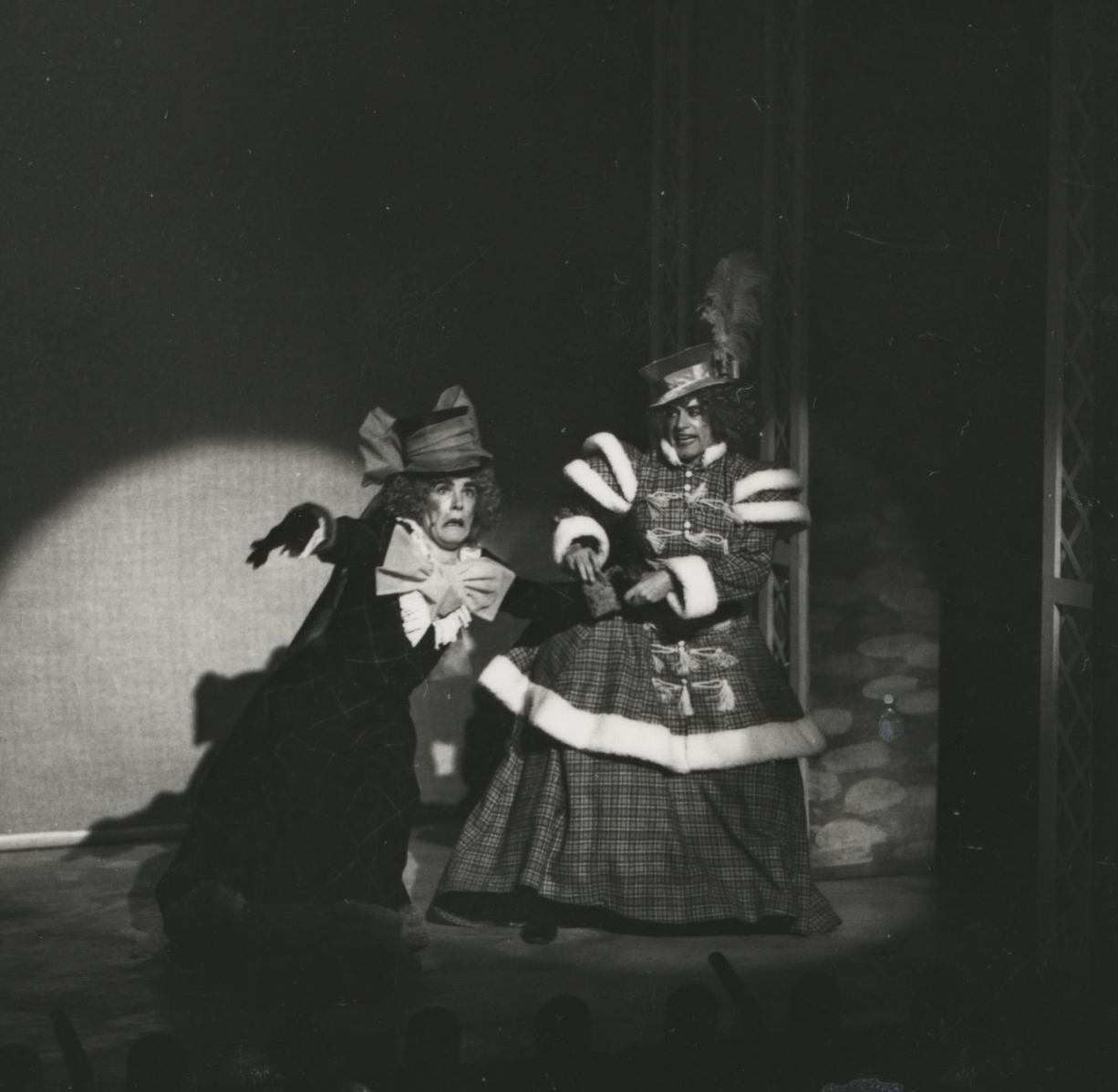 In 1991 John Durnin took over as Associate Director for the Northcott and the Christmas shows became firmly routed in fairy stories and folk tales. In 1996 Durnin wrote the book for the Northcott’s pantomime ‘Cinderella’, a success he repeated again the following year for ‘Jack and The Beanstalk’. After his departure in 1998 the new artistic director Ben Crocker, a graduate of the University of Exeter’s Drama Department, carried this on and the yearly tradition of the Northcott Christmas pantomime was born. From 1996-2009 a Christmas pantomime has been put on every year at the Northcott theatre with the books for these years usually having been written by John Durnin, John Crocker or Ben Crocker. A particular style of panto has emerged, helped by the long service of pantomime dame Steve Bennett. A local actor, Bennett has acted in many Northcott productions but began his career as a pantomime dame in the 1996 production of Cinderella, playing the dame each year until 2009, a consecutive run of 14 years, almost as long as famous Victorian pantomime dame Dan Leno.

With the Northcott Theatre being placed into administration in 2010 the yearly pantomime came to an end. It’s last outing, rather ironically, being that grand old dame of pantomime ‘Mother Goose’ (2009). But we end with a happily ever after as after after 6 years of absence the pantomime returned in 2016 with ‘Peter Pan’ under Artistic and Executive Director Paul Jepson, and even Steve Bennett has reprised his role as pantomime dame.