In December 2007 the Northcott was about to re-open after a 2.1 million pound refurbishment when it was hit with a blow out of the blue: the Arts Council had recommended that it’s £547,000 funding package be withdrawn. Without this money the Northcott faced potentially having to close it’s doors not long after re-opening them. 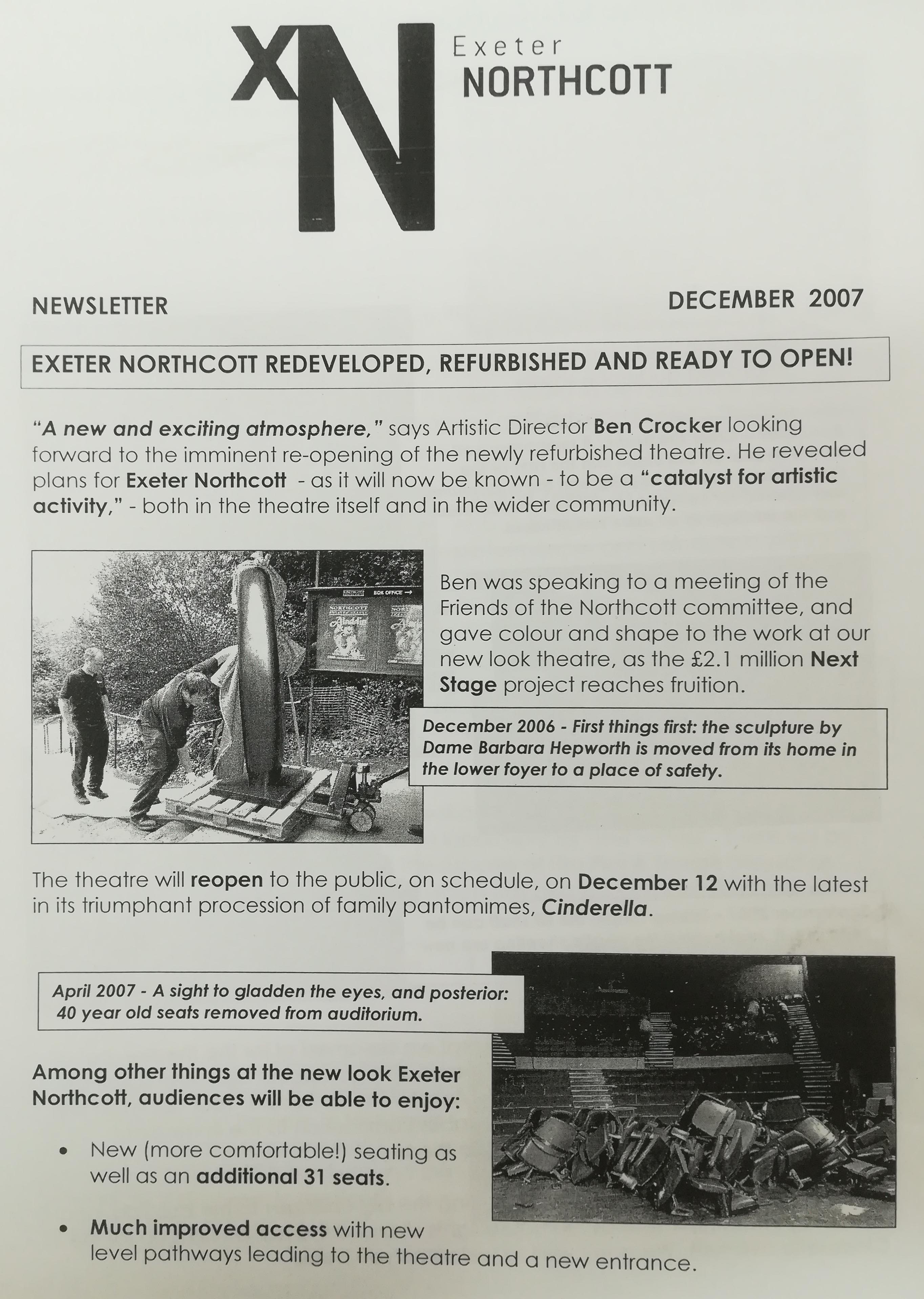 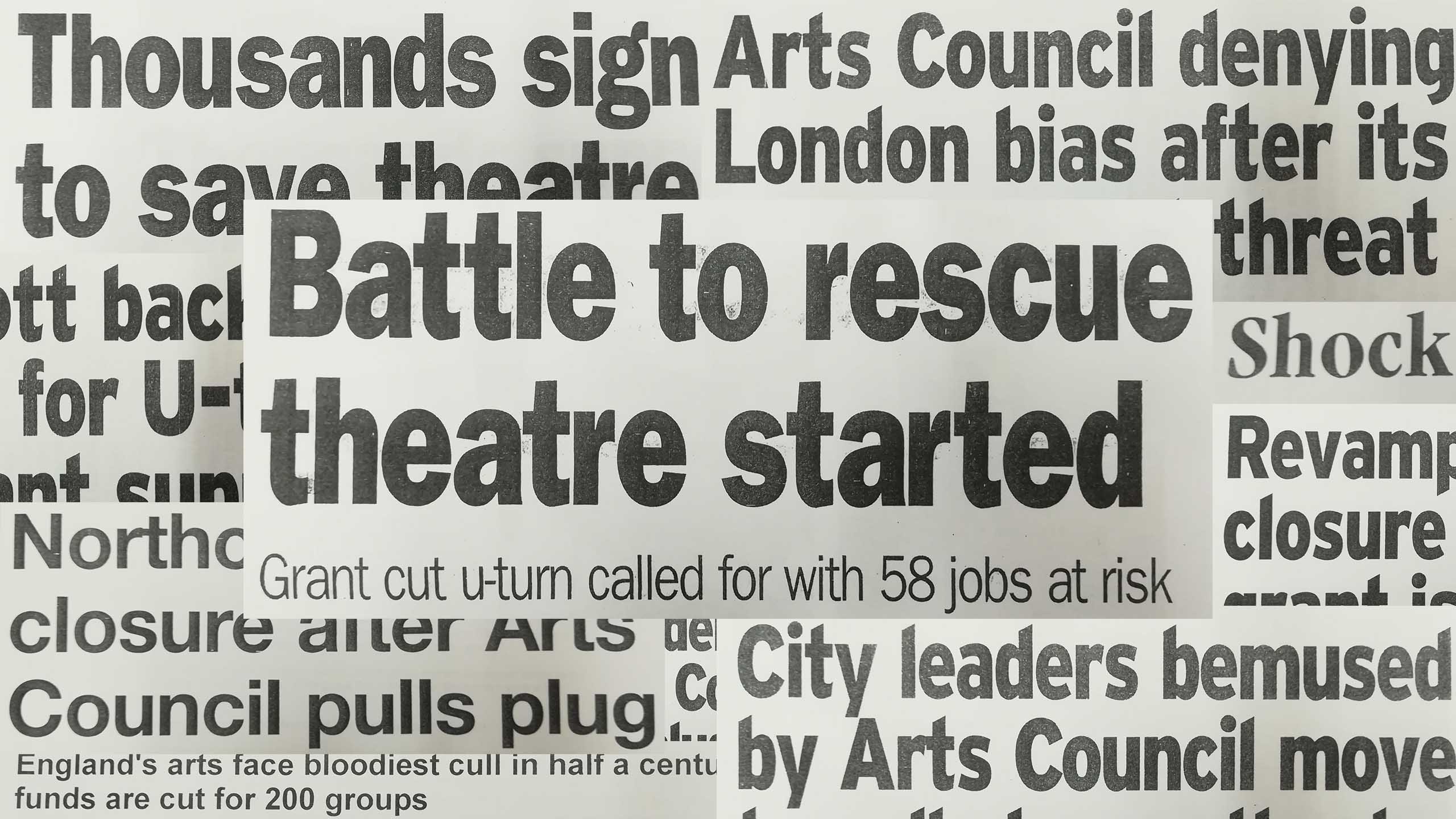 Headlines covering the cuts to the Northcott Theatre's grant

In reaction to the news the theatre staff, local politicians, community groups, schools and the residents of Exeter and it’s surrounding towns mounted a ‘Save the Northcott’ campaign to show how much they loved their theatre and to persuade the Arts Council to reverse it’s decision. The records from the campaign are a poignant display of the theatre’s loyal audience: petitions comprising a total of more than 17,000 names were collected, along with hundreds of letters and emails written in support of the theatre. Theatre-goers from all over Devon, and many from further abroad, voiced their personal connections to the theatre, their support for it’s writing and acting talent, and their worry that one of the few professional theatres in Devon would be lost. 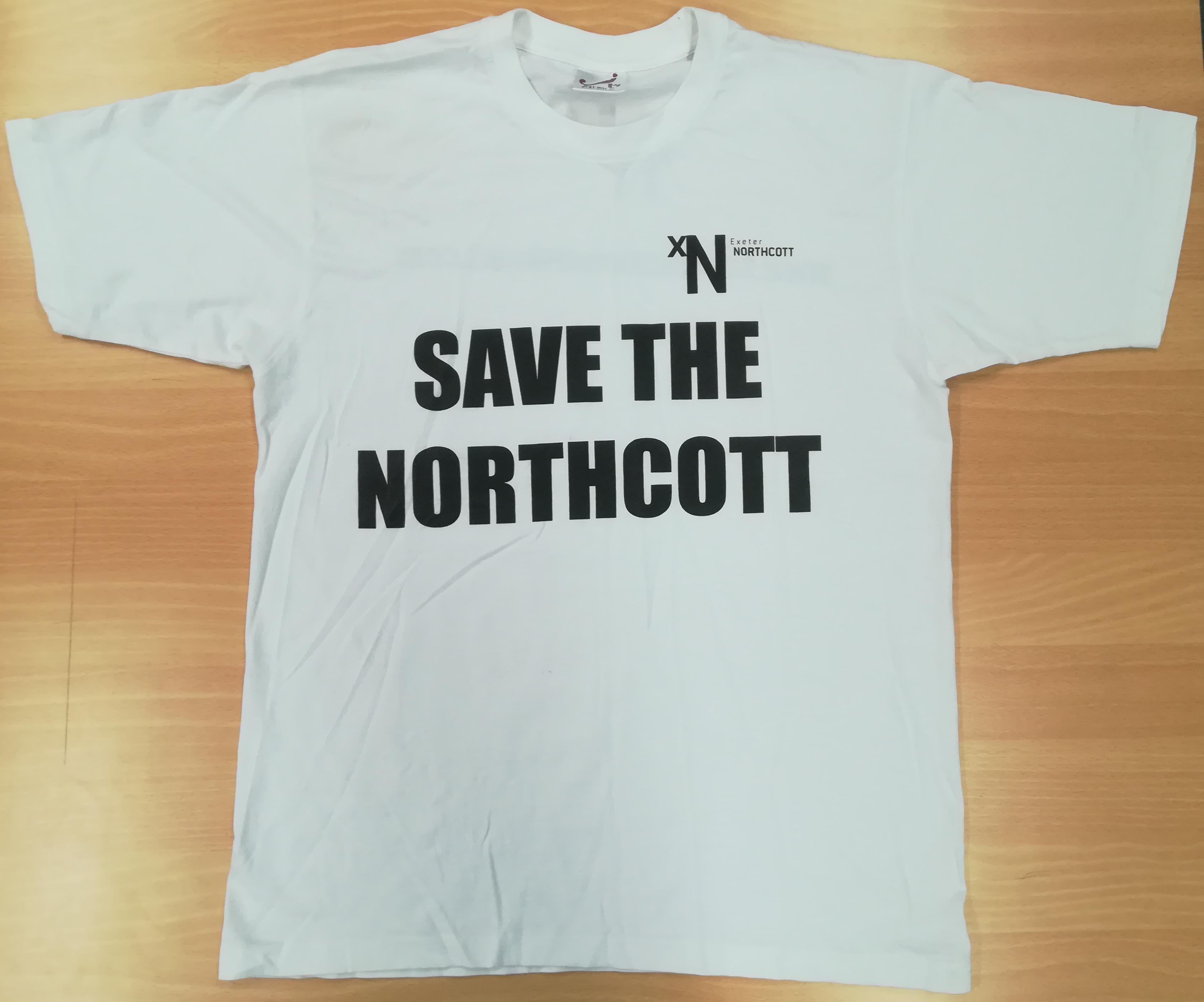 Save the Northcott campaign t-shirt 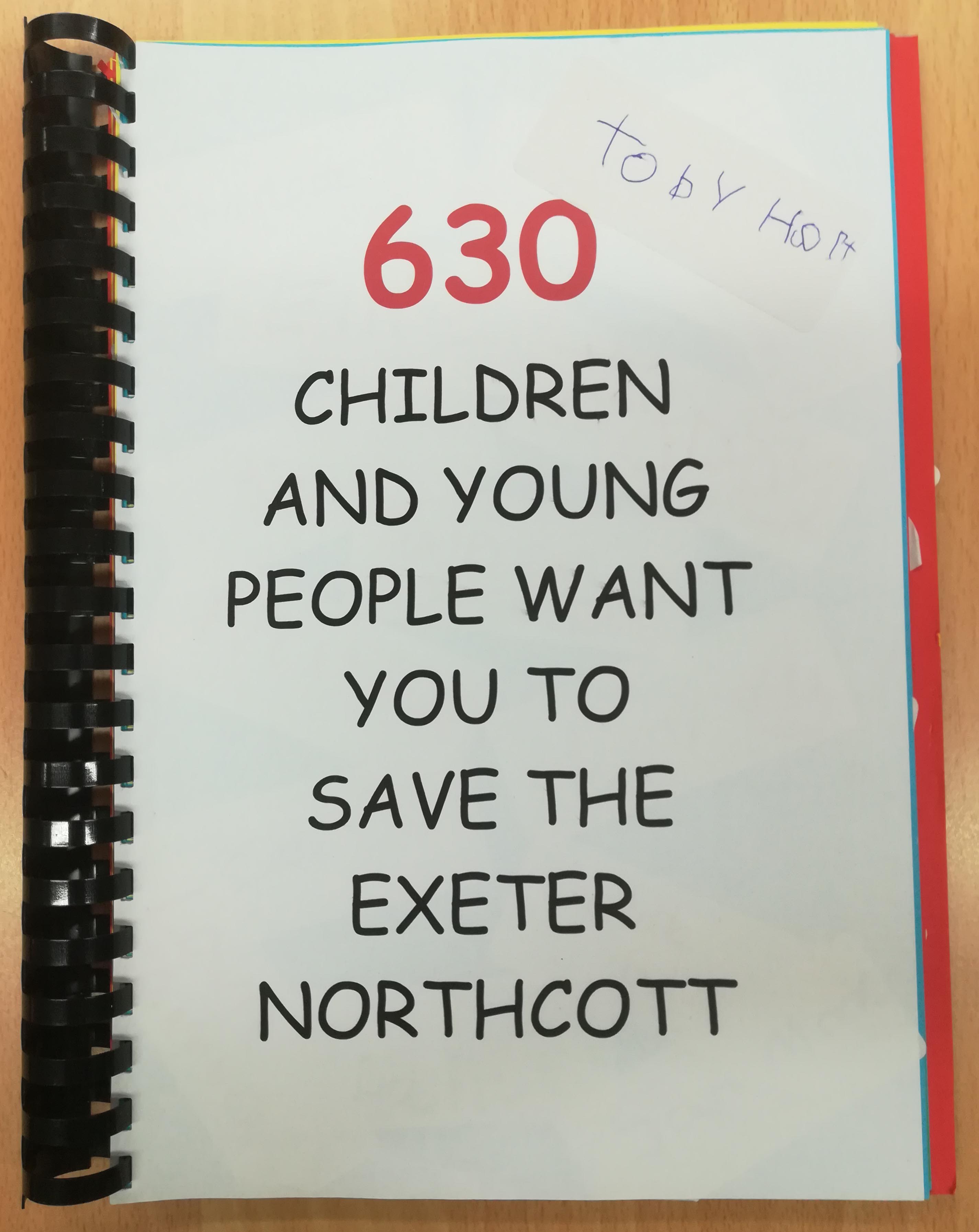 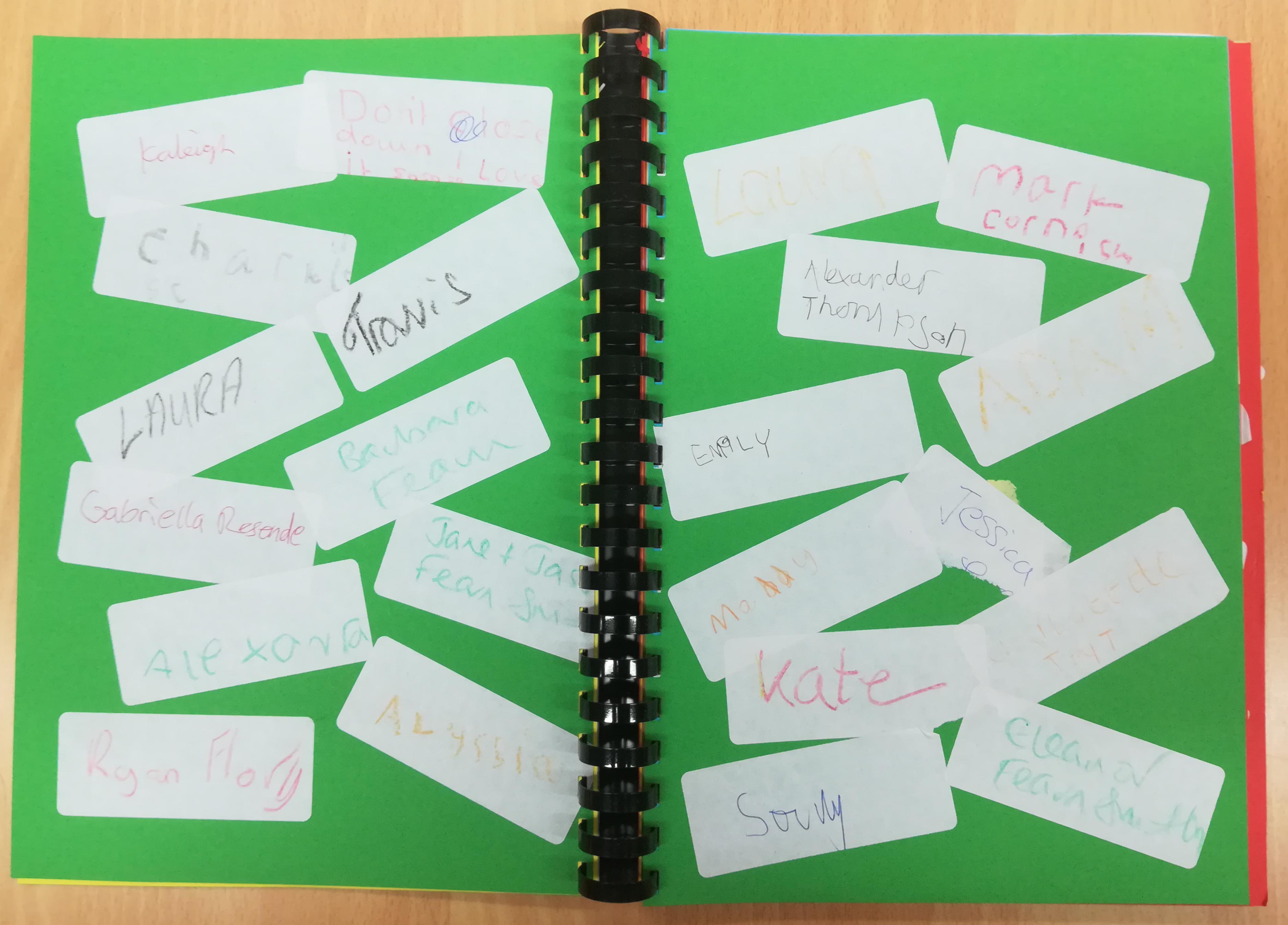 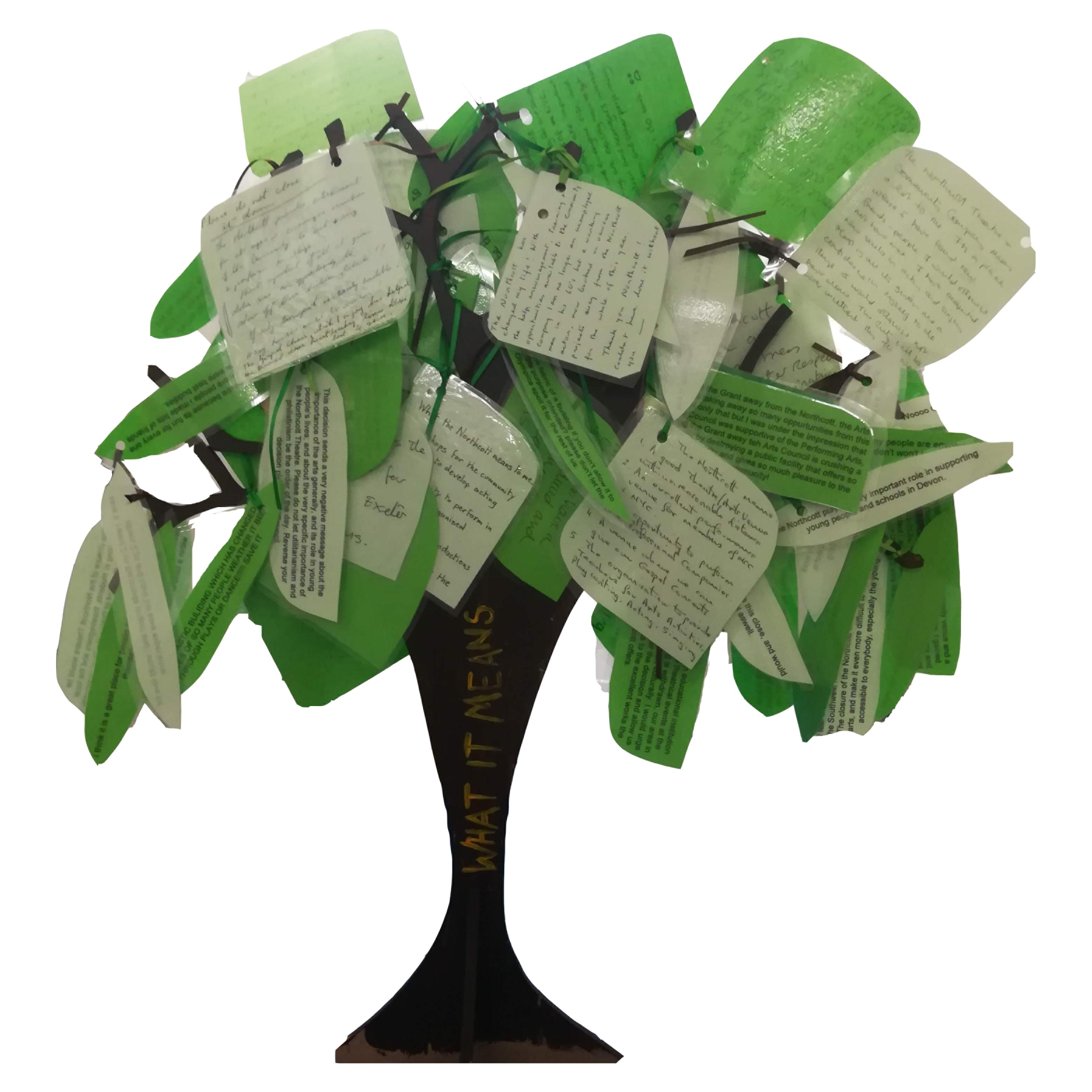 Living in Newtown Ward myself, I was particularly pleased to see a letter from Richard Branston, councillor for Newtown ward, to the chair of the Arts Council enclosing a petition which all but 12 of the ward’s residents had signed. A turnout of 99%. Local schools and community groups that worked with the theatre also collected their own petitions, with one group assembling a book in which 630 young children signed their names on stickers in support of the theatre. My favourite item in this part of the collection however, has to be a tree assembled out of leaves on which people have written what the Northcott means to them. A striking visual representation of the support for the theatre.